One of our Austrian fans tipped us off today about these two promo videos from Austrian arms manufacturer STEYR MANNLICHER.

In each video, the marksman is attired in SABRE-brand smocks, trousers and boonie hats.  We’re proud to be associated with such a renowned global brand as STEYR.  Danke schoen! 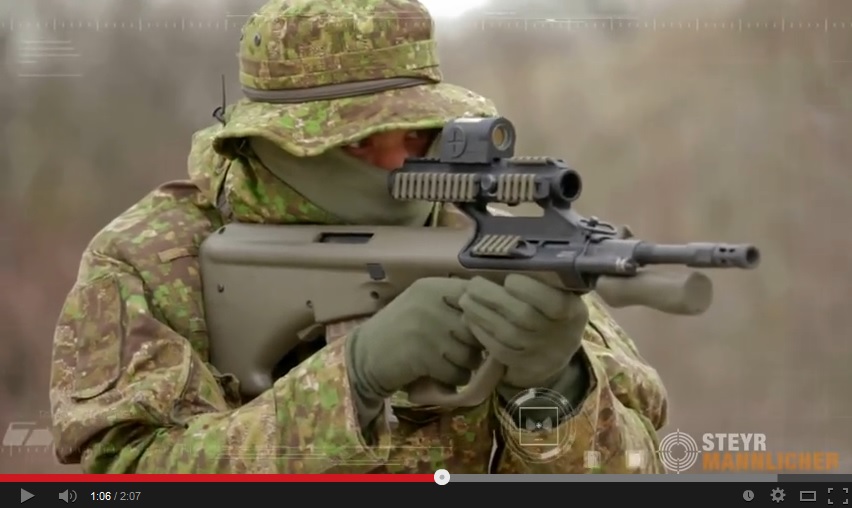 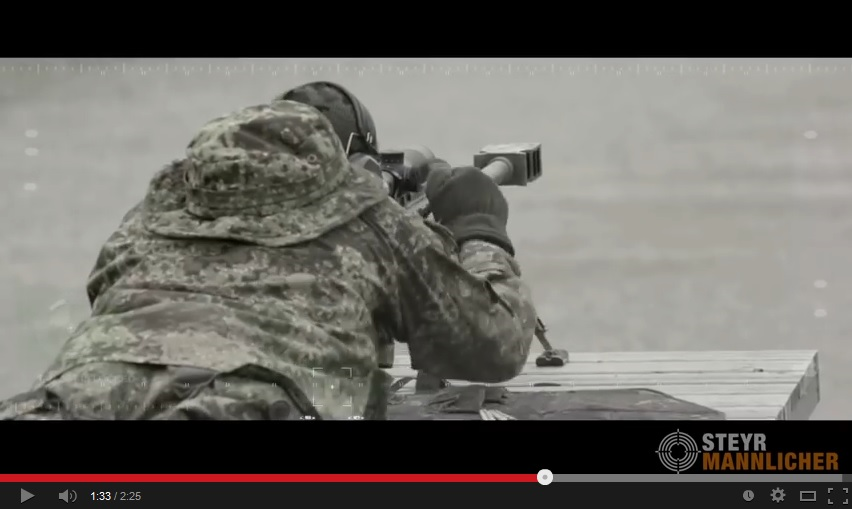 “Become one with your environment” reads the strapline for SABRE’s ‘Ghostwalker gear’ line-up in PenCott-SnowDrift™.

The complex design of the PenCott™ family does indeed look more organic and natural than other patterns.  The combination of multi-sized fractal shapes, dithered boundary layers and 360° pattern geometry disrupts the shape of the wearer and blends into the terrain with amazing effectiveness.  So we can totally understand why Sabre chose this strapline and product family name.

Developed with input from the Sniper cadre at the International Special Training Center (formerly known as the International LRRP School) in Pfullendorf, Germany, Sabre’s Special Forces Smock, Gen.III and Sniper Trousers, Gen.II are renowned within the ranks of German and NATO special Operations Forces – and their PenCott GreenZone and BadLands products have been in use with a number of  special operations units – both at home and overseas.

The Sabre Ghostwalker Gear line is made from US-produced, milspec, durable-water-resistant-finished, 50/50 NyCo ripstop and water-proof 500D Cordura Nylon fabrics.  And these professional-level garments feature a comprehensive set of features and pockets to deliver the performance – and carry the gear – to accomplish even the most demanding missions. 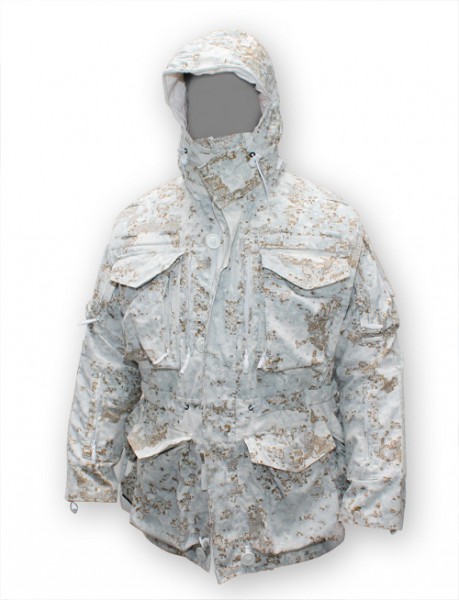 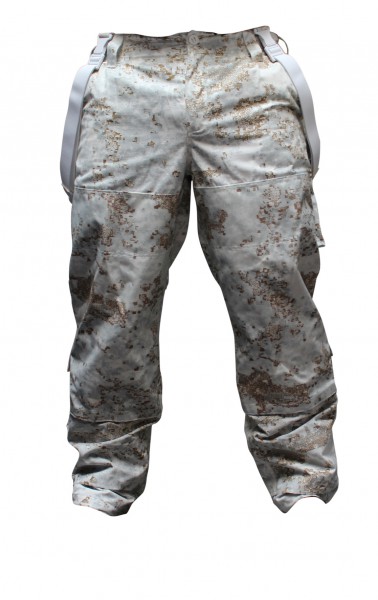 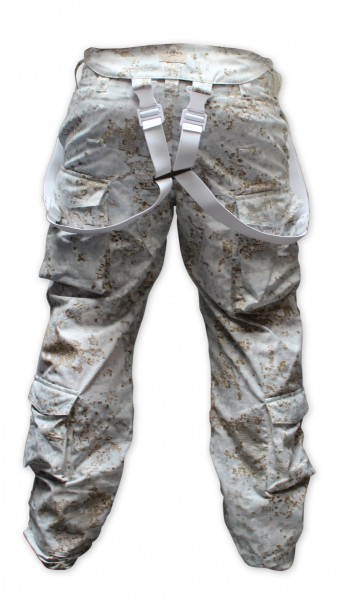 It is very much the fashion these days to wear camouflage that’s all “matchy-matchy” – in other words, for everything from your boots to your hat and your gloves to your belt and everything in between to be in the same, perfectly matched camouflage pattern. 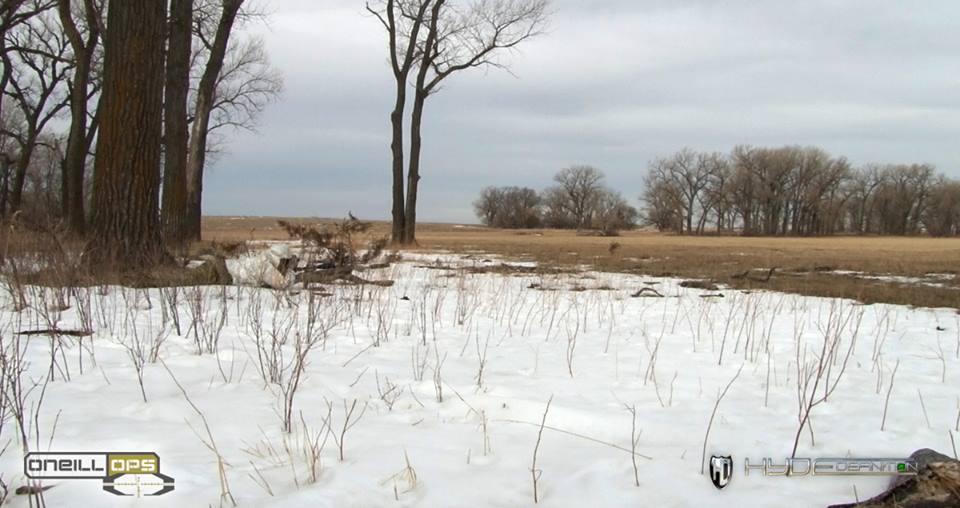 However, sometimes its good to mix things up a bit – especially in “transitional” terrain or seasons.  In these photos we see the guys from O’Neill Ops using this principle to great effect on the plains of South Dakota recently with a combination of PenCott-BadLands™ and PenCott-SnowDrift™. 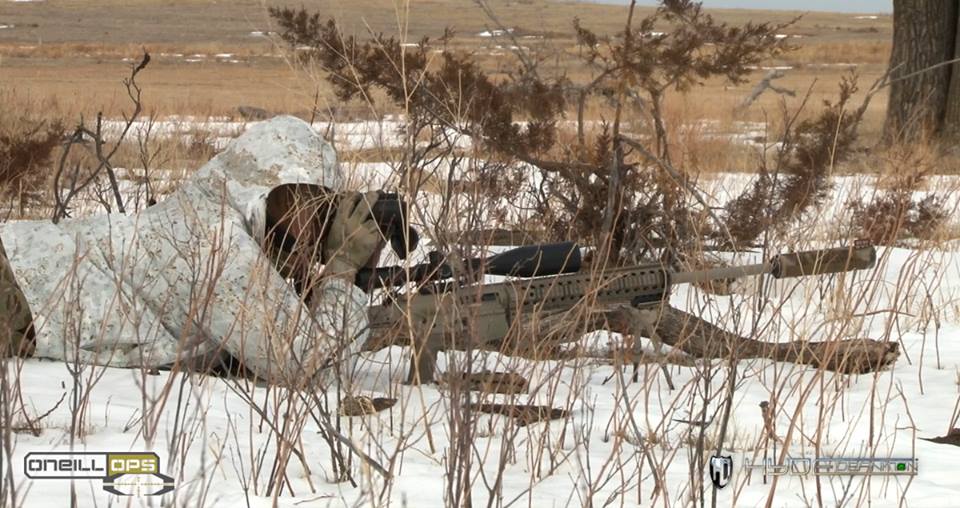 Incidentally, the camo oversuit they’re using here was developed by Hyde Definition, and is currently being produced under license by Applied Orange Performance Equipment. 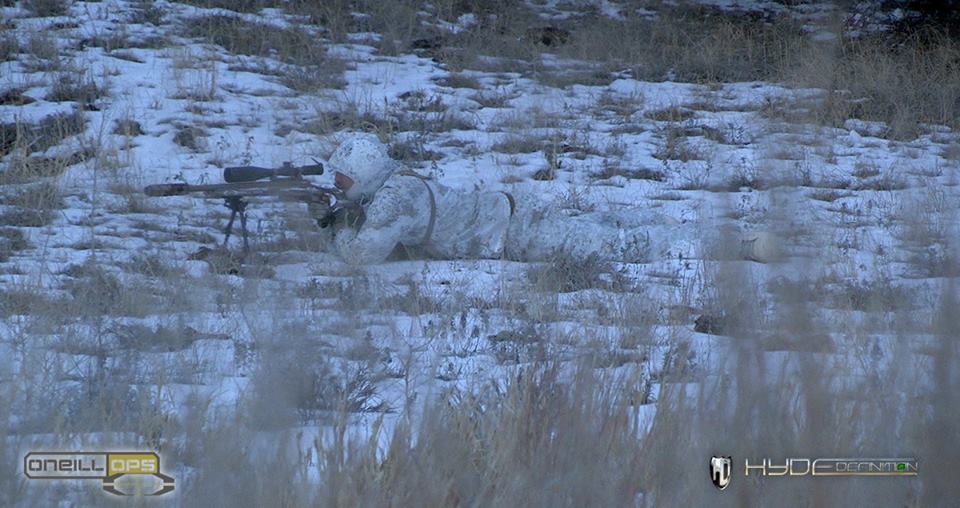 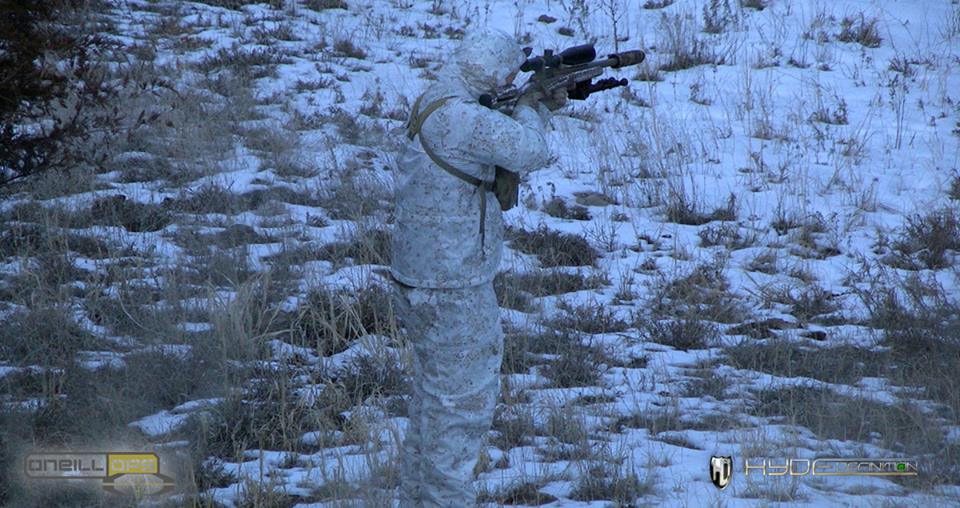 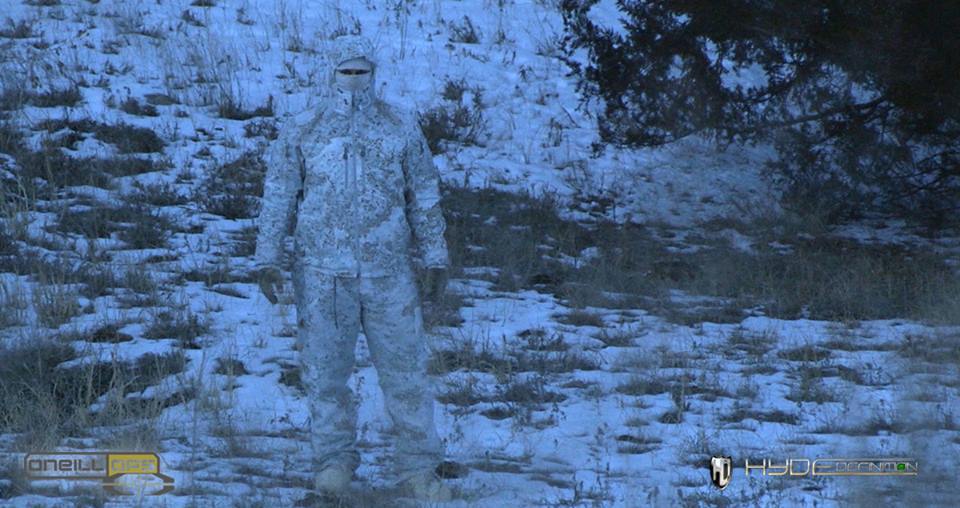 Although PenCott™ patterns are in use with a number of elite police and military special operations units, its not very often that photographs emerge of these units wearing the patterns in action.

However, last week a photograph appeared of Austria’s elite SWAT unit “Einsatzkommando COBRA” in action during the operation to apprehend a poacher who’d murdered a paramedic and 3 policemen. 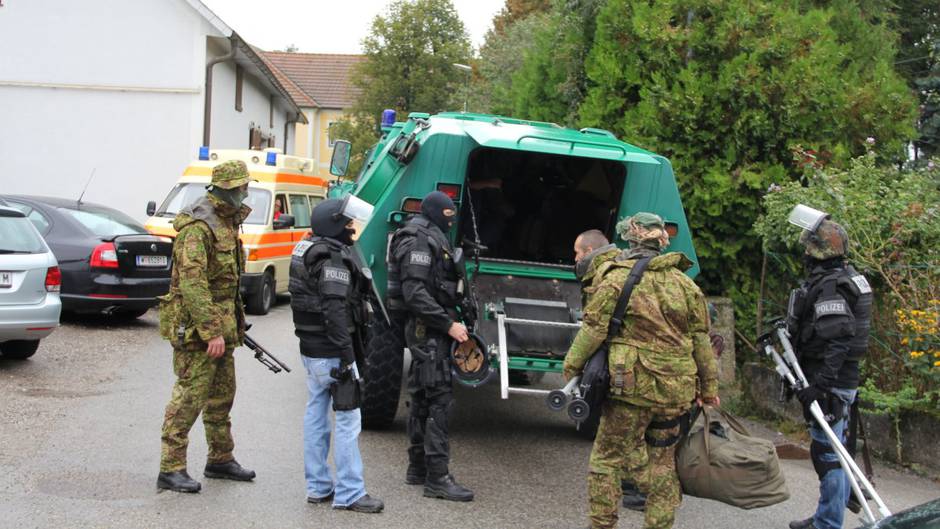 Above:  an EKO COBRA scout/sniper team prepare their equipment as armed officers surrounded, and later stormed, the farmhouse complex where the perpetrator had barricaded himself in.  The perpetrator was found dead – from a self-inflicted gun shot.  The COBRA team is wearing boonie hats, Special Forces Smocks and Sniper Trousers from SABRE. 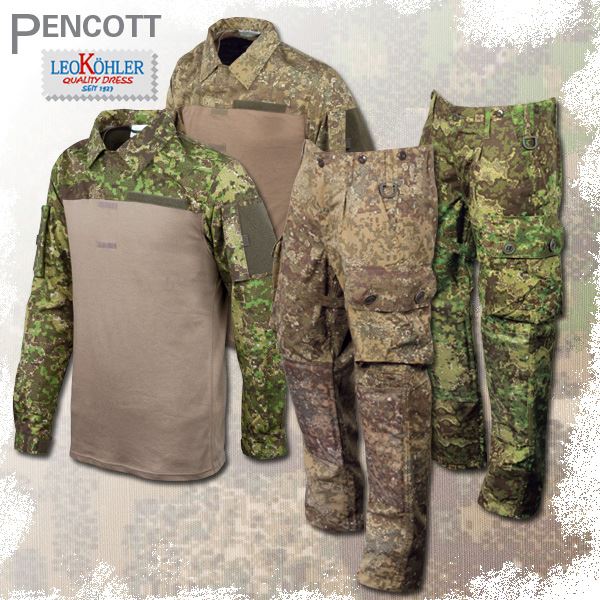 Check out the full line-up of Leo Koehler, UF PRO and SABRE products in PenCott at: www.recon-company.com 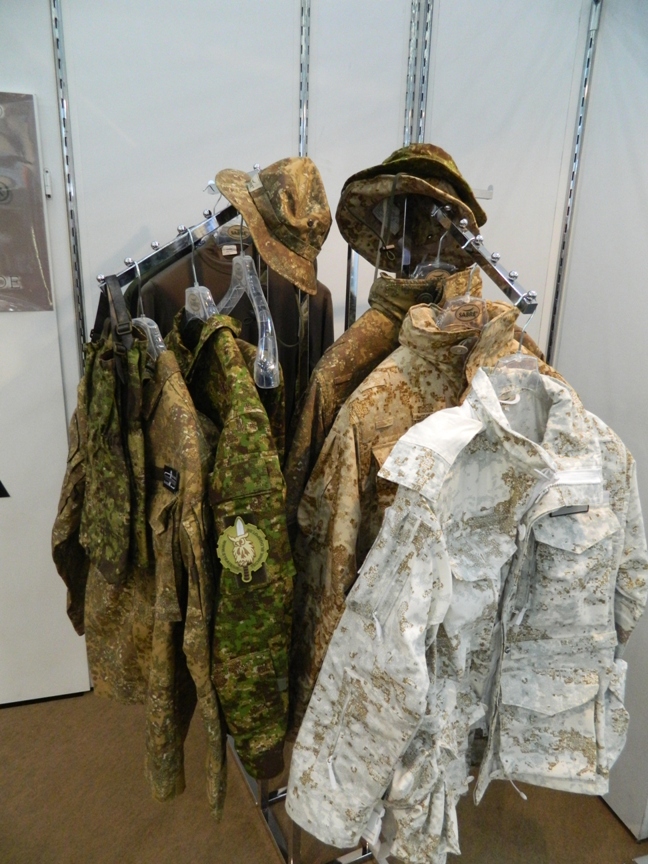 END_OF_DOCUMENT_TOKEN_TO_BE_REPLACED

Currently in stock are the Sniper Smock and Trousers and the Combat Field Shirt that were featured in the KOMMANDO article about Austria’s COBRA anti-terror unit.  The photos below, from the RECON website, give a good look at some of the key attributes of each of these garments (click on the pictures to enlarge). 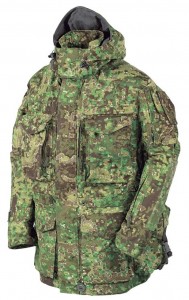 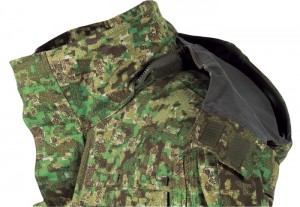 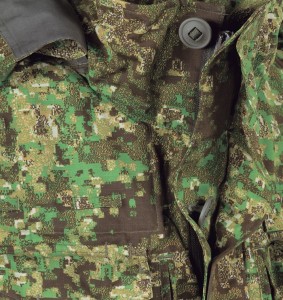 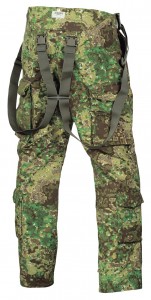 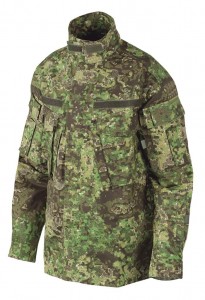 And finally, SABRE will be releasing even more PenCott goodness later this year…

Smocks, trousers, hats, and more – in Badlands, GreenZone, Sandstorm – and Snowdrift!  ETA is the end of December. 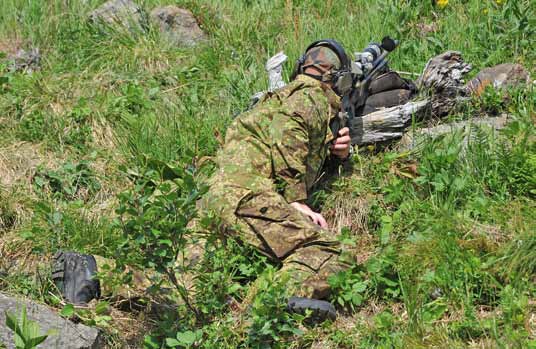 Pictured here is the SABRE stand featuring a range of PenCott camouflaged clothing and gear – as well as some new items coming soon (check out that fully kitted-out mannequin). 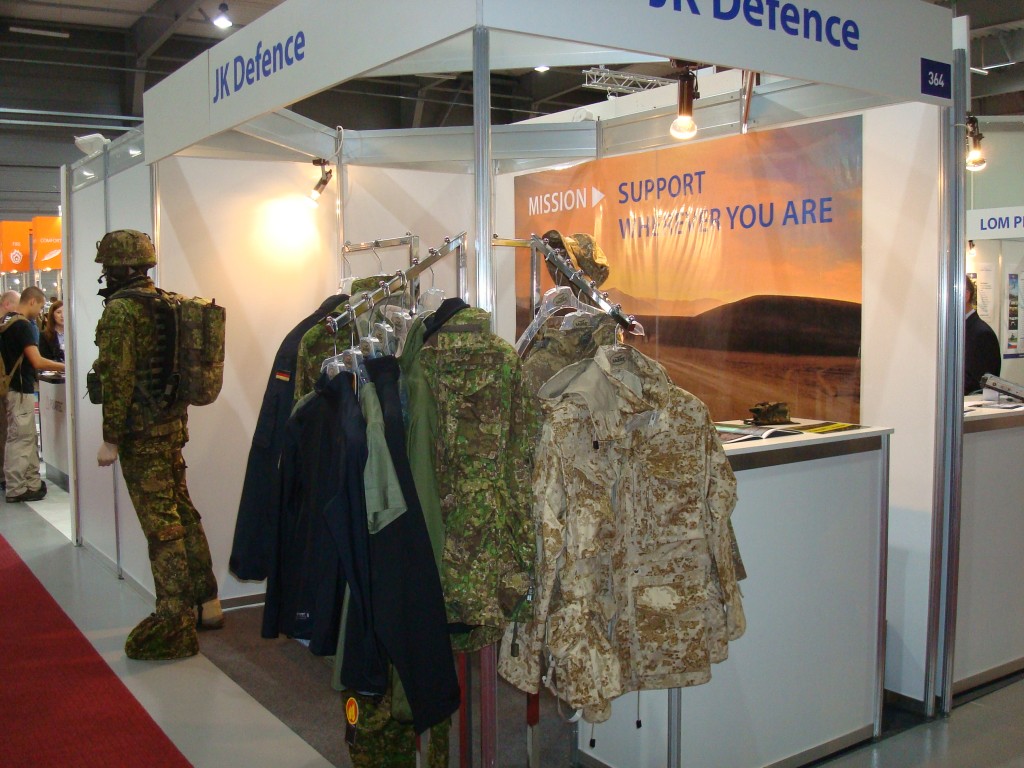 In this photo, we see Herr Peter Mueller of SABRE clad in PenCott-Sandstorm and getting up-close-and-personal with the Czech Army’s new CZ-805 BREN rifle with underslung grenade launcher. 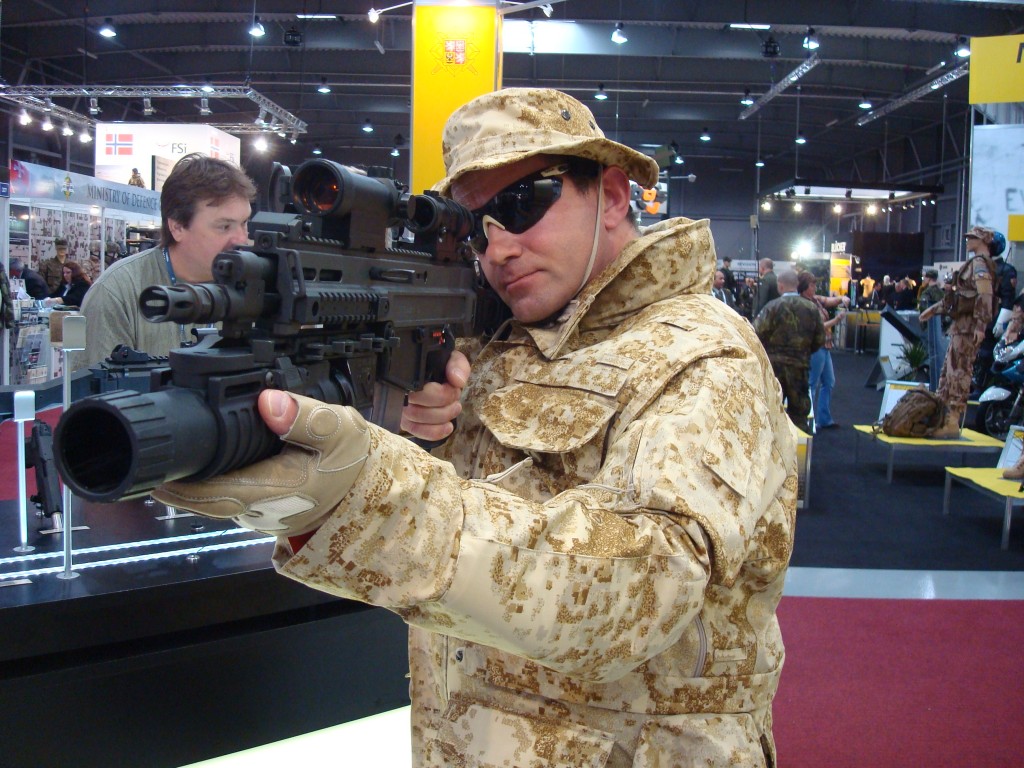