All of the recent chatter about the US Army’s camouflage problems seems to have kicked off some discussion in Singapore about the Singapore Armed Forces introduction of a family of pixelated camouflage patterns.  The most recent article appeared in The New Paper on Monday of this week.

The New Paper is Singapore’s second largest English-language newspaper (online and offline) and they contacted our Marketing Director, Lawrence, for some help in putting a piece together.

Unfortunately, the article is somewhat marred by repeating the misinformation that the US Army is ditching its current pixelated camouflage uniform for a non-digital design – in fact, only one pattern family in the short-listed candidates for the US Army’s next generation camouflage pattern is not digital, and the Army has not yet made any decision about a new camouflage pattern or patterns.

What the paper wanted from us was a quick and easy layman’s answer to the question of how is camouflage designed.  They also asked for some info about patterns (historical-to-modern) that have influenced a lot of other designs.  The latter part didn’t make the editorial review apparently though, so we’ve included it here:

A few patterns have had a tremendous amount of influence on the choice of camouflage pattern used by other countries: 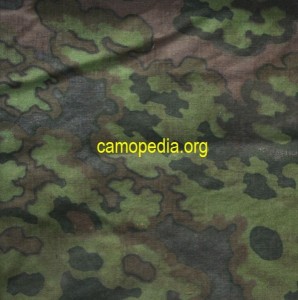 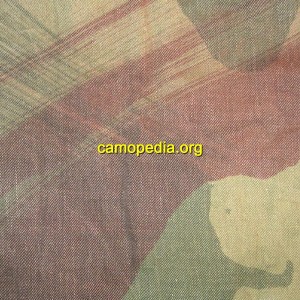 French “lizard” pattern – Initially employed by French paratroopers in the Algerian and Indo-China conflicts of the 1950′s, “lizard” pattern inspired the famous Vietnamese “tiger stripe” camouflage and has been copied or used by many countries across Europe, South America, South-East Asia and Africa. 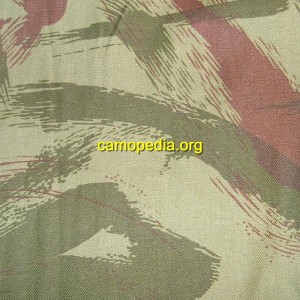 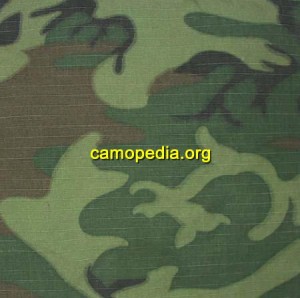 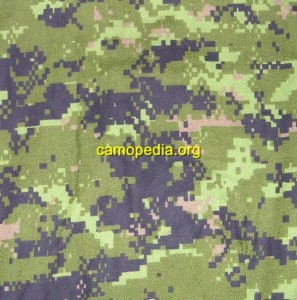 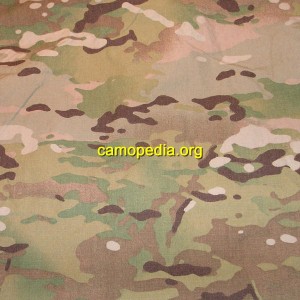 Click on the image below to view a PDF of the published article. 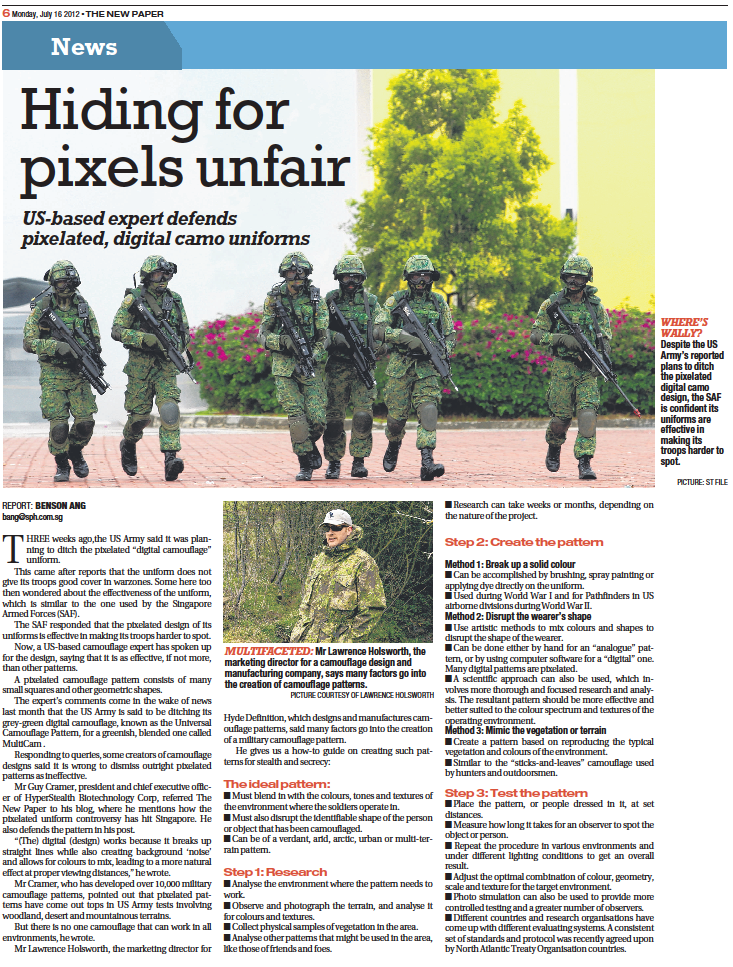 Its kind of funny sometimes how a story that’s old news in the industry gets picked up by the mainstream media and takes off with a whole new life of its own.

Such was the case recently when our Marketing Director, Lawrence Holsworth, interviewed for an article about the US Army’s choice of the so-called “Universal Camouflage Pattern” that appeared online in The Daily.

Much to everyone’s surprise, this article sparked a wave of articles published around the world – virtually all of which quoted extensively from The Daily’s article, and most of which also contained a lot of wrong or mixed-up information.

But the fall-out wasn’t restricted to the online or newspaper media, Lawrence was also contacted by the FOX Business Network to appear on one of the their TV programmes.  Click on the image below to watch the result… 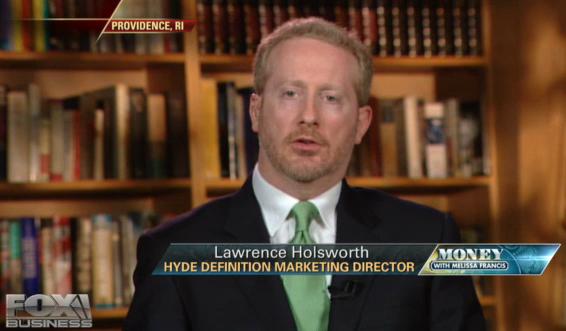 The July / August 2012 issue of the renowned “KOMMANDO – International Special Operations Magazine” includes a spotlight article about the PenCott family of patterns – featuring a line-up of products from SABRE (the tactical clothing and gear brand from JK Defence in Germany). 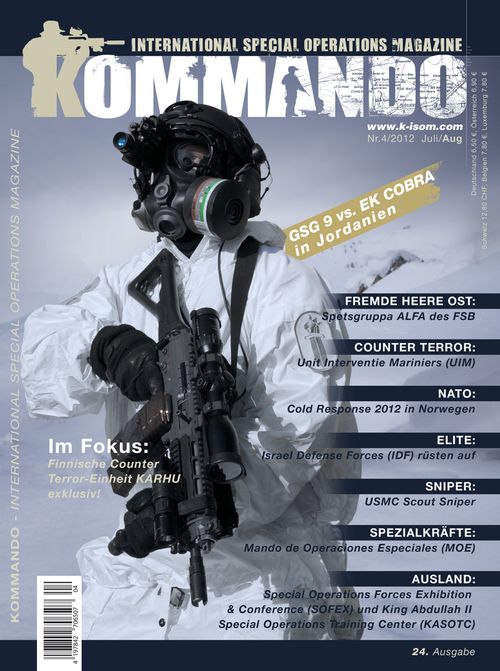 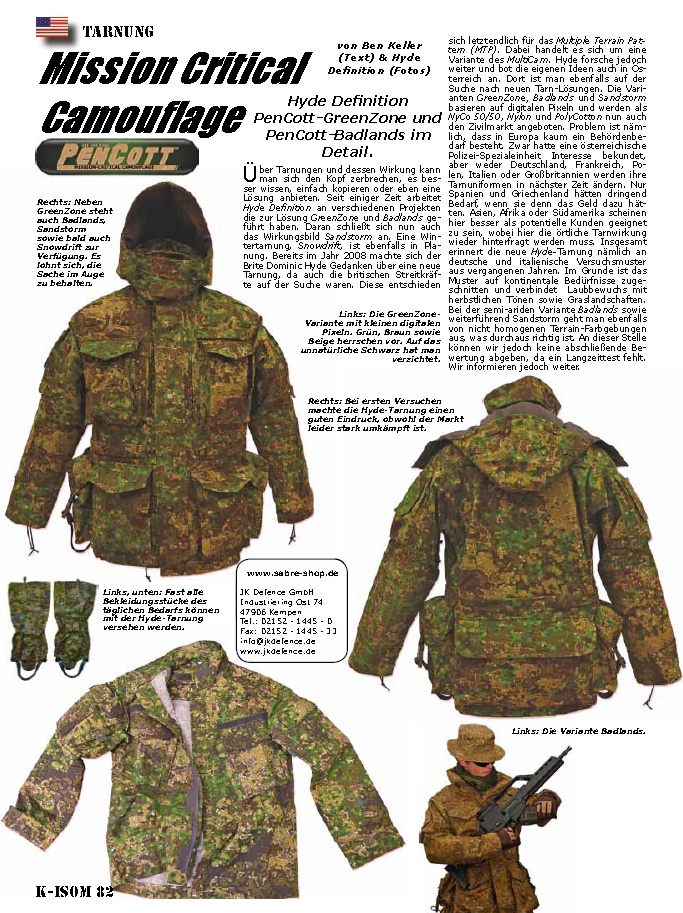 The issue also includes news of the MBS-1 Combat Shirt in PenCott colorways from SPECOPS Poland. 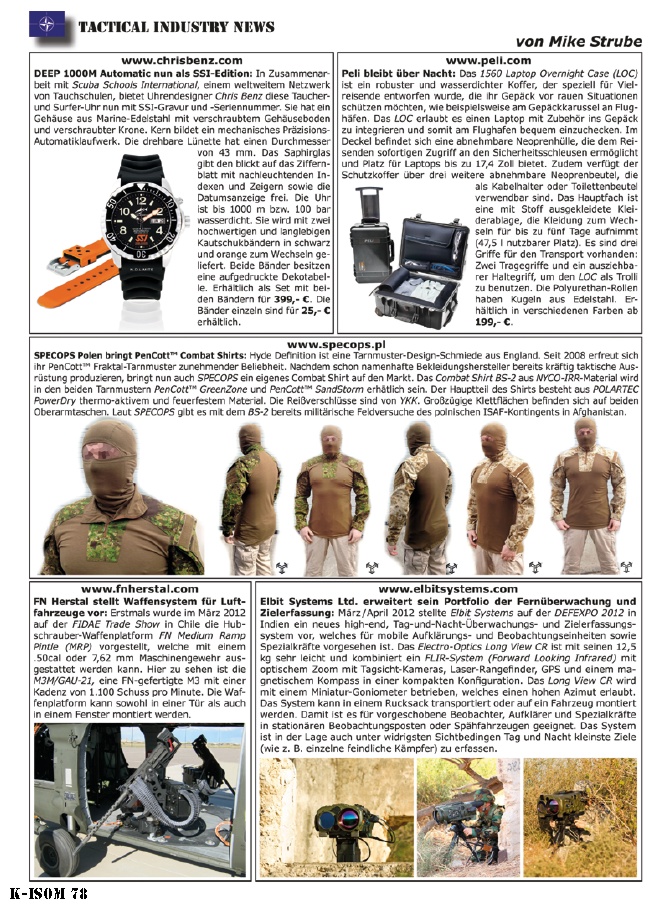 The June/July 2012 issue of French military and tactical industry magazine “ASSAUT” features an article on the PenCott camouflage pattern. 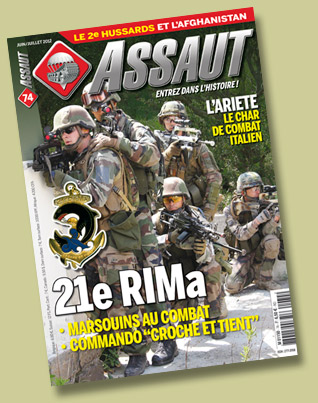 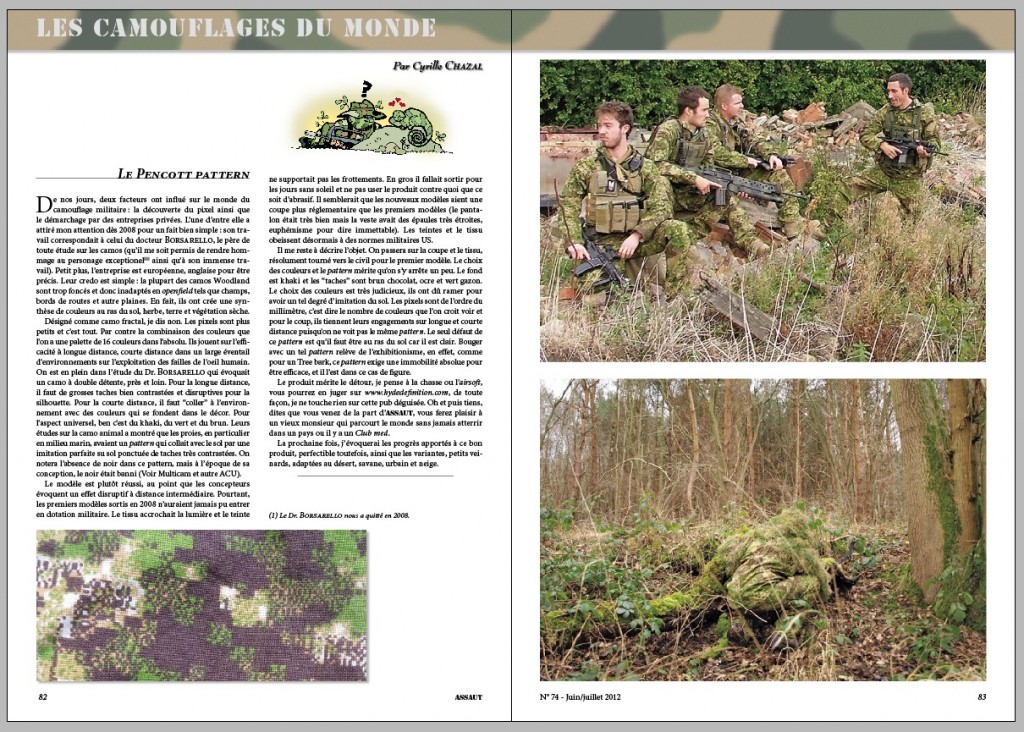 We got a set of great photos recently that showcase the effectiveness of the PenCott-GreenZone pattern being used in New Zealand rain forest terrain.

“Pattern-in-picture” and other types of computer simulations are all well and good, but nothing beats real photos of a camouflage pattern printed onto fabric, sewn up into uniforms and gear, and actually being used in the field.

Its interesting to note that this user deliberately left his face, hands, arms and rifle uncamouflaged in order to show by contrast how well the PenCott camouflage works.

More info (and photos) of the PenCott patterns can be found on the Hyde Definition website and on the PenCott Facebook page.  The PenCott-Badlands and PenCott-Sandstorm patterns were also reviewed on Military Morons a while back. 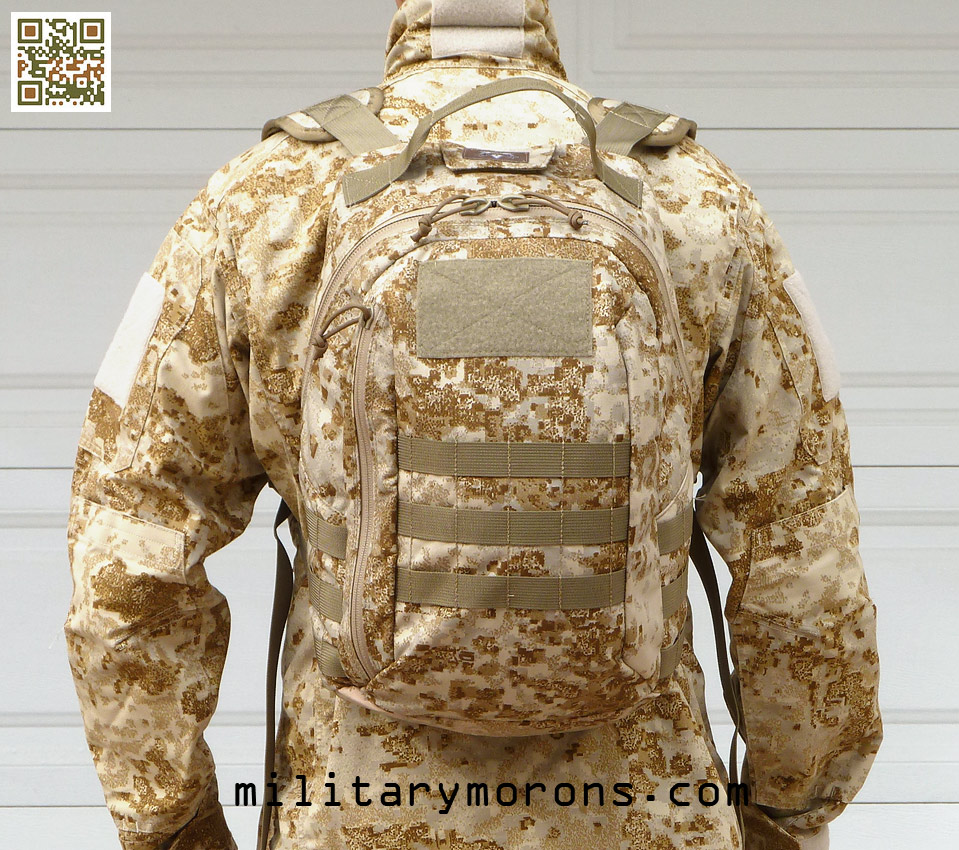 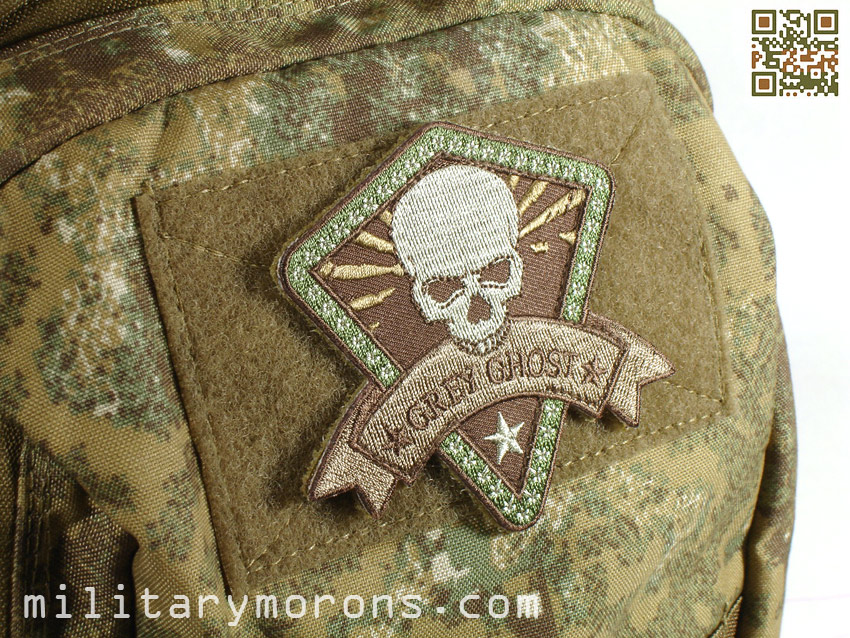 Military Morons have done a fantastically, in-depth overview of SOD Gear clothing in PenCott-Badlands and PenCott-Sandstorm, accompanied by superb up-close detail and in-the-field photographs of the gear in action. 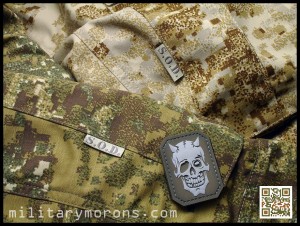