Of course to build a great winter camo over suit a great camo pattern must be chosen. In their own words, “Drop Zone Tactical selected a winner in the Hyde Definition PenCott-Snowdrift™ camo. The Snowdrift™ camo works equally well in the bush or grasslands thanks to its micro pixel pattern of blue grey and straw brown. This coloration nails the effect of shadows and dead grass in the snow!”

While testing the Drop Zone Tactical over suit design, one user remarked that his confidence in his ability to hide in the snow made him feel predatory, like a polar bear.  And so the name of the suit was born – “Tyrannus“, after the prehistoric polar bear, Ursus Maritimus Tyrannus. 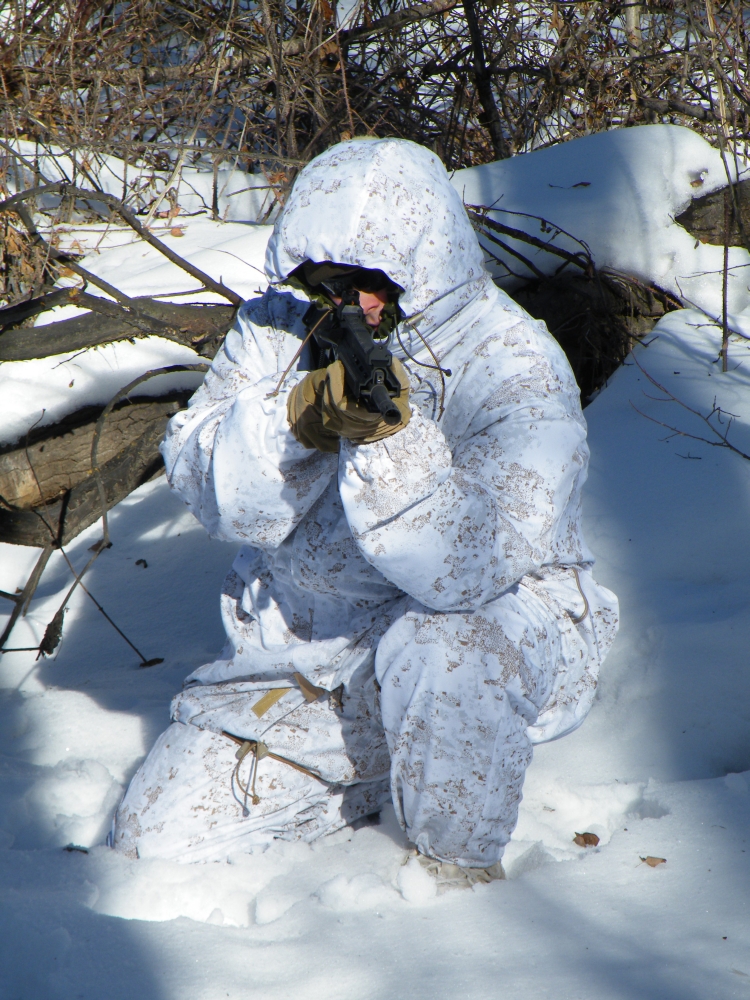 For more details about the suit’s features, and more photos of it being used in its natural habitat click through to Drop Zone Tactical’s website, or Facebook page.